HomeUnclassifiedProfessor Charles Moumouni from Laval University in Quebec (Canada) on a study and research stay at CEDS in Dakar.

Professor Charles Moumouni from Laval University in Quebec (Canada) on a study and research stay at CEDS in Dakar.

Professor Charles Moumouni from Laval University in Quebec (Canada) on a study and research stay at CEDS in Dakar. 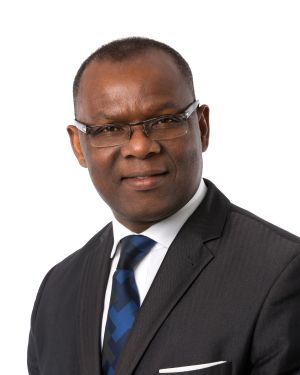 Within the framework of scientific cooperation relations between Laval University of Quebec in Canada and the Center for Diplomatic and Strategic Studies (CEDS) of Dakar, Me Charles Moumouni,

Full professor in the Department of Information and Communication at Université Laval du Québec, has been staying in Dakar since mid-September 2021 for a study and research mission with the CEDS.

Coordinator of a research project on “the repositioning of Africa on the world stage ”, Professor Moumouni will have to exchange views, as part of his research work, with African political and economic decision-makers, members of the diplomatic corps and major players in the scientific and cultural world. After Senegal, his research stay in West Africa will also bring him to Benin and Côte d'Ivoire.

In addition to his academic duties at Laval University in Quebec, Professor Charles Moumouni is a lawyer at the Quebec Bar, Co-President of the Pan-African Institute for Economic and Financial Governance (IPAGEF), Director General of the Institute of International Relations and Strategic Studies of Benin (IRIES), Vice-President of the Agora francophone internationale (AFI), Associate Professor at CEDS in Dakar and in several African, European and American universities.

Member of several research groups and networks, he is the author, co-author and director of numerous publications relating to his fields of practice and in the fields of strategic communication, governance and development.

how can we help you?